Introduction
Despite the increasing penetration of renewable energy sources in recent decades, many countries are significantly dependent on fossil fuels. The emission of regional (such as oil spills) and global (such as global warming) environmental pollution is the result of the excessive use of fossil fuels. Considering the significant reduction in the investment cost of renewable resources, Development and exploitation of these resources is one of the effective solutions to overcome these problems. In 2020, about 3.1% of the world's electrical energy was supplied by photovoltaic panels. This amount of production has caused solar energy to rank third among renewable energy sources after water and wind.  In the past years, the levelized cost of electrical energy has decreased remarkably. This reduction is due to the decrease in the investment cost of solar power plant components, including photovoltaic panels. Although many papers have been published on the structure and control system of the solar tracker, few have investigated the performance of these systems in cloudy and semi-cloudy days. In this research, the solar tracker system developed is evaluated on cloudy and semi-cloudy days.
Materials and methods
The solar tracker system investigated in this research uses a structure and a control system for the optimal placement of photovoltaic panels in two lateral - vertical and polar placements. Before this and in the researches of the authors of this article, this solar tracker has been mentioned. The number of photovoltaic panels installed on this structure will be multiple of two. The investigated system is a multi-input-multi-output system. In order to increase the reliability of the system, this system is divided into two separate systems.
In order to evaluate the performance of the solar tracker, the power and electrical energy produced by photovoltaic panels installed on a mobile structure have been compared with a similar panel installed on a fixed structure with the ability to adjust the angle to the horizon. The installation angle of the panel on the fixed structure is adjusted on a monthly basis and has been chosen in such a way that the maximum electrical energy produced during that month is obtained.
Conclusion
The comparison of the tracking system and a fixed structure showed that the tracker would produce less energy on some hours of a cloudy day. The reason is the defined limitation on LDRs to follow the sun. However, on sunny days, the tracker would receive adequate solar radiation and be in optimal positioning. The results demonstrated this system
increases electricity production by 18.2 % compared to the fixed one. 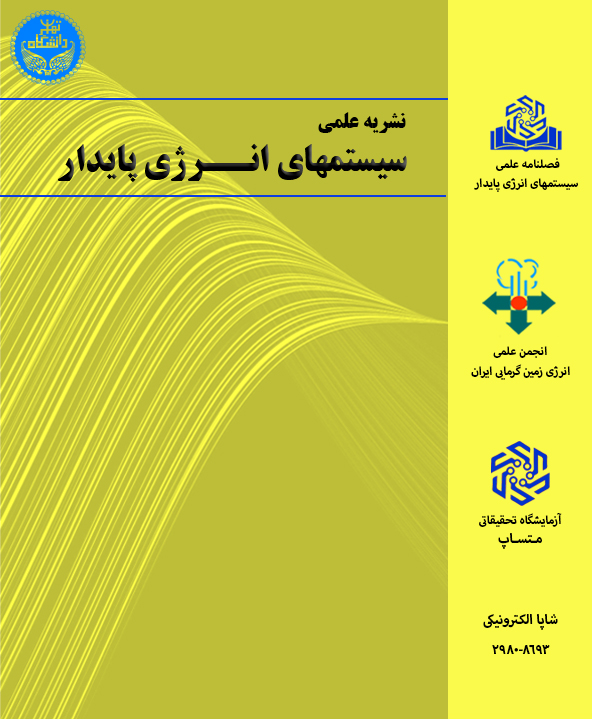